Sunday in the park

Sunday was an absolutely gorgeous day – warm and sunshiny!  And so after a late start because Amanda had gone to one of the malls by herself the night before – her first solo venturing in the city – and had come back after midnight, we set off for Herastrau Park, or Parcul Herastrau.  This is one of the largest parks in the city and has a fairly large lake in its midst.  This and several other parks and lakes were created in the 30’s when marshland was drained.  We have been walking in this park before, but this time added a boat trip and walked in parts we had not been to before.  The Village Museum, a collection of buildings depicting rural life is here also, but we chose to save that for another day – perhaps when Patricia and Jerry are visiting. 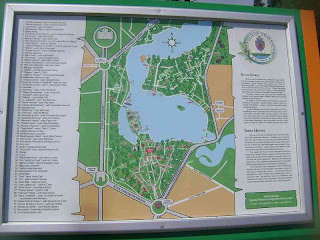 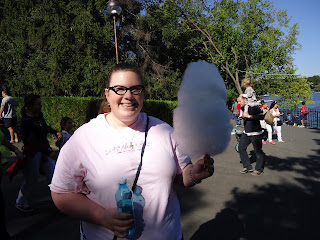 Amanda "needed" a treat at the park.  She commented that this cotton candy had no artificial coloring and was much fresher than most she has had in America. 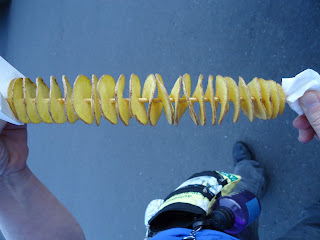 And this was my chosen treat: a potato, skewered on a stick, spiral cut, fanned out and then deep-fried - fresh potato chips on a stick! 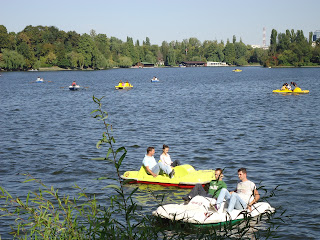 There are pedal boats and row boats for rent - with lots of use due to the lovely weather! 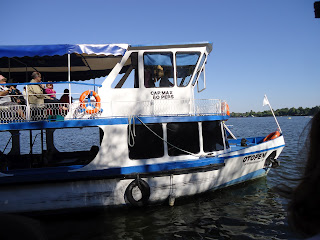 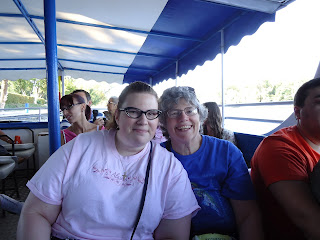 Obviously we are enjoying ourselves! 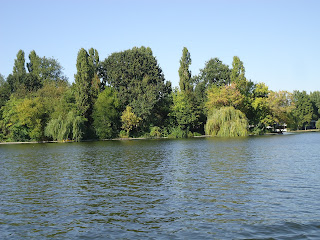 This is the small island I noted on the map. 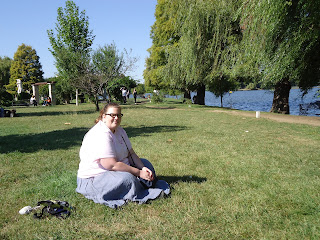 Isn't this a great Sunday afternoon in the park kind of picture?  We walked a while, we enjoyed the boat ride and snacks, and we enjoyed simply sitting in the sun looking out at the lake and other people in the park.﻿
﻿ 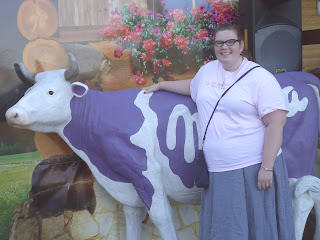 As we were leaving the park we came across this commercial establishment selling milk chocolate.  We resisted the candy, but couldn't resist a photo op with a purple cow!

Our Friday (2 days ago) was VERY different as it was cold and rainy.  However I had insisted we go into the historical center of Bucharest as I was getting tired of seeing more of IKEA and shopping areas than of cultural interest.  So here are my few photos from that day: 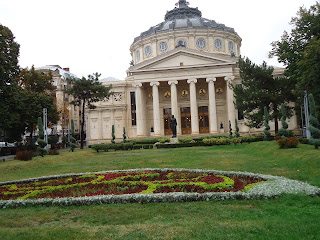 Above is the Romanian Athenaeum (Ateneul Român), a concert hall that was opened in 1888. 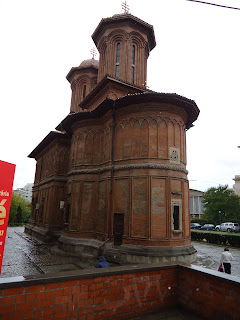 An orthodox church that happened to be next to... 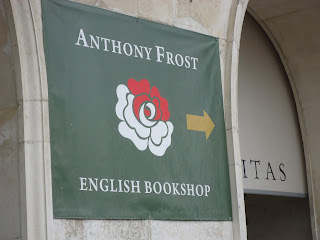 How could we resist an English bookshop?  (Although it was disappointingly small, I did select a small cookbook of typical Romanian food.) 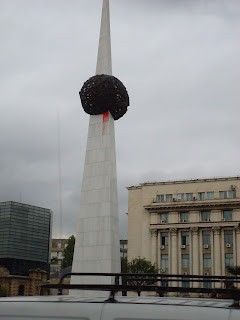 The memorial at Revolution Square, commemorating the 1989 revolution that ousted Ceausescu. 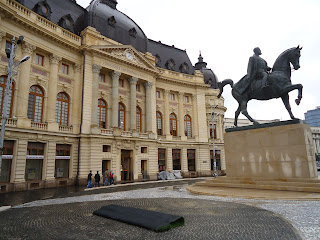 Unfortunately I have already forgotten who this was, but I like the building.  I will check the next time I go.  And I will be back - rainy days are not as pleasant for walking around.
Posted by Anne Murray, Ph.D. at 10:16 AM