Amanda's idea of being here in Romania is to use this a a base from which to visit as many places as possible.  I admit to being with her to some extent, although it had not been in my original plans to repeat places I have visited previously. However, Amanda had not previously been to Vienna and it was high on her list, so off we went for a 4 day weekend at the end of November/beginning of December.  Knowing that she had decided to return to the US for Christmas meant also that it would be a special holiday celebration for us.  Vienna is known for many things, but at this time of year the Advent or Kristkindl markets are high on the list.

We tried something new to us for accommodations.  I signed up with www.airbnb.com, a website that matches people offering spare rooms with people wanting somewhere to stay.  We stayed with Pascal, a relatively young man who has a apartment in a large historic building, convenient to a metro stop.  He greeted us with tea and pastry when we arrived and then he returned to work that day. The next day he went off on a skiing trip, so we wound up having the apartment to ourselves for a rate less expensive than a hotel room. 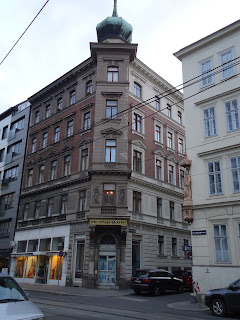 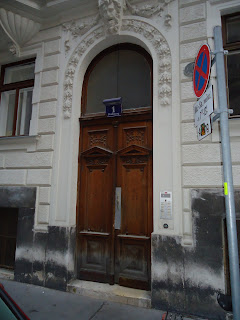 Front door to all of the apartments inside 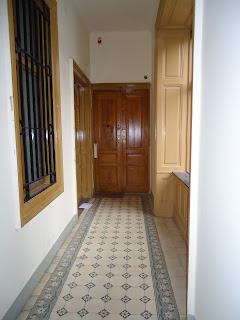 And his interior door...  An interesting, but not especially opulent building.

We arrived Thursday early afternoon and had tickets that night for an unusual dining experience: dinner in the dark. (http://www.noirvienna.at/) Amanda had found this online and I notice that it is available in other cities as well, definitely not unique to Vienna.  The idea is to enter the restaurant, be seated, and have dinner all in complete darkness, simulating being blind.  From a culinary point of view, I think the idea is to enhance the experience of smell and taste as one is eating.  It was indeed an interesting experience - while I am not likely to repeat it and am glad I did it.  Our waitress was herself blind and also by day a special ed teacher.  This background came in handy with Amanda who relies so much on her sight because of her deafness and because of her autism.  I found several aspects especially noteworthy: there were several tastes that I recognized but could not identify without sight; talking with other patrons was fun in an anonymous sort of way; and Amanda relied on touching my mouth to communicate - while she can talk with me on the phone, I think being in that environment required her to have some physical contact.

Friday we began with one of the hop on/hop off sightseeing buses prevalent in all cities.  This provided a bit of overview to the city and its history. 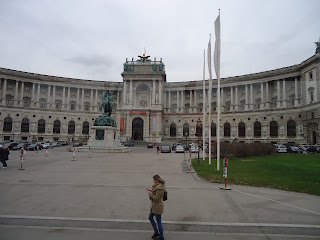 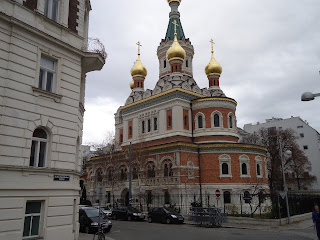 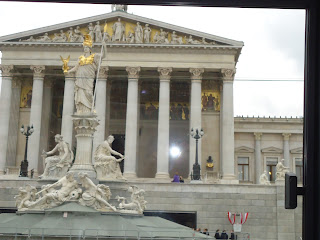 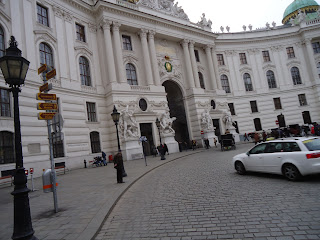 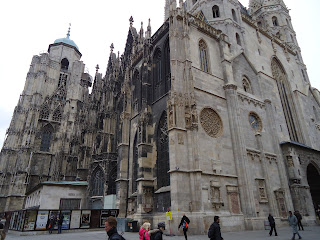 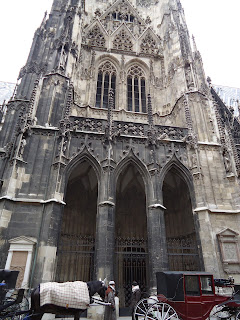 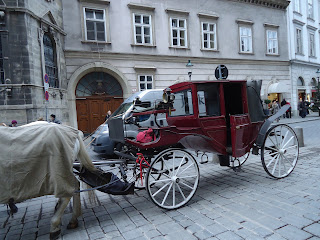 We hopped off at St. Stephen's Cathedral and decided on a horse-drawn carriage ride.  Amanda was toasty warm in her new wool coat, a traditional Romanian coat hand-made for her. 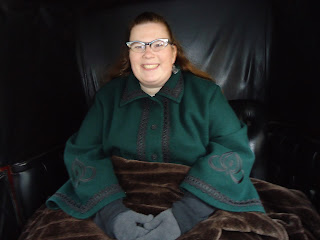 I'm not so warm...  Later in the day I purchased wool socks and a wool hat! 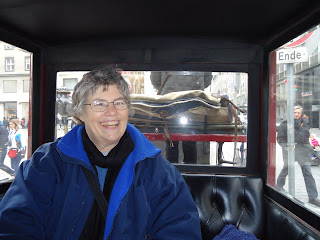 After paying the carriage driver we walked across the square to a souvenir shop.  In that short period of time my wallet was lifted from my purse and with it my cash, check cards, bus tickets, metro tickets, etc.  (But NOT my passport!)  We spent the next couple of hours recovering from the trauma - making out a police report and finding kind people at a hotel on the square who not only allowed me to use their computer, but also to make a few international calls while I cancelled the cards and transferred money from my bank account to Amanda's so we could get more cash using her card.  I was quite upset at the time, but in perspective hardly the worst thing to happen and we did not let it spoil the rest of our trip... 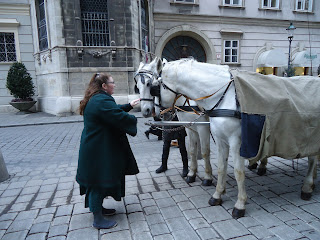 We wandered the main shopping area for a bit - mostly because of the lovely holiday decor - and found a nice place to have dinner.  Then back to Pascal's for a relatively early night.