This blog is mostly about me and my experiences here in Bucharest and elsewhere as we travel, but sometimes a mom has to brag and show off her child... 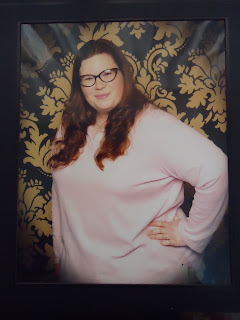 When I was preparing to come here last year, I was often asked, "But what will Amanda do while you are working?"  My response was typically some version of, "She'll do exactly what she does here at home.  She'll attend classes, she will write on her screenplays and novels, and she will explore the city."  While my statement has held up, the truth is even better!  As I have posted previously, Amanda has also been an active volunteer at Autismul Invingem, an Applied Behavior Analysis center for children with autism.  She completed one online class from our community college in the fall and is in process of completing two additional online classes.  She is also taking an in-person class, with Romanian students, in Cross-Cultural Management (taught in English) at a local university.  And she has actively been continuing her budding film career.

Last summer, prior to our coming to Romania, Amanda completed a 5-week program at UNC-School of the Arts in film-making.   As part of that experience - a wonderful one, I might add - she produced a film called Sweet Tooth, that she wrote and directed.  Shortly afterwards she attended the Gideon Film Festival in Black Mountain, NC.  There she learned additional skills and networked with people who assisted her in shooting her second film, Flowers for Sale.  Among these people were Irene Santiago and her daughter, Ariana Baron, both film professionals.  (For further information about Amanda's films, including viewing Sweet Tooth, see her website: http://www.retromurrayfilms.com.)

While we have been in Romania, Amanda been actively forwarding her film-making activities.  In addition to continuing her writing on other scripts, she has improved her website and has collaborated with Ellen Hendrix, a professional film editor who edited Flowers for Sale.  Now the film is ready for entry to film festivals.  Amanda has set up a site requesting micro-financing assistance: http://www.gofundme.com/28dp30.  I leave it to you, dear reader, whether this is a good use of your own funds. 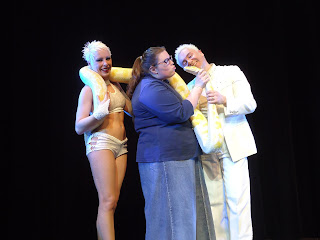