We left our Bucharest home as scheduled at about 4:30 on Sunday the 20th.  The flight to Rome on Alitalia was uneventful and getting to the B&B in Rome center equally so.  Nicole and Luca, proprietors of Luca’s B&B - found through Airbnb, greeted us like long lost friends!  I cannot say enough good things about these folks as hosts.  Unfortunately it was there that Amanda realized she had left her purse on the plane.

I will spare my readers the details because this is NOT the fun part of our trip.  The short version is that despite numerous phone calls by Luca and by me (so both in Italian and in English), and my making the hour-plus round trip back to the airport, the purse was not retrieved.  I quite accept responsibility on Amanda’s and my part for having left it there, but I was very disappointed with Alitalia’s lack of customer service over this loss.  OK, so we didn’t spend Monday touring the city as planned, but we did do some fun things…

In the morning we headed out together (I was going to try an Alitalia office in hopes of not having to go all the way back to the airport).  On Nicole’s recommendation, we stopped at Santa Maria della Concezione dei Cappuccini, or Our Lady of the Conception of the Capuchins, a church that houses both a museum to the Capuchin friars and also an ossuary with amazing, yet macabre, decorations made from the remains of thousands of Capuchin friars buried between 1500 and 1870.  We weren’t able to take photos, but I am including some from an Internet search.  This stop turned out to be unexpectedly engaging. 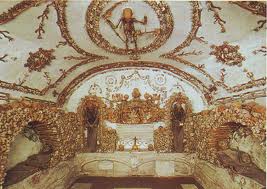 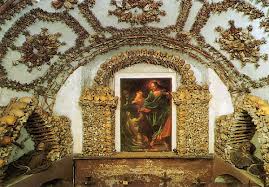 We then parted ways.  Amanda went to the Trevi Fountain, where she threw in her 3 coins and made wishes, and then wandered in that part of Rome, climbing to the top of one monument that allowed a good look at the Coliseum. I went on to the Spanish steps, named after the Spanish embassy to the Holy See, designed by an Italian, and leading to a French church. 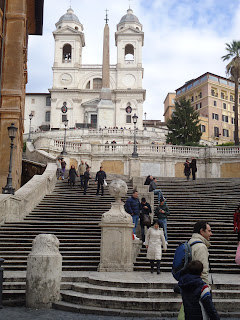 For me, the highlight of this day was my visit to Roberto Mannino, a paper artist I had discovered via some Internet searching (http://www.robertomannino.it/).  I had made an appointment with him for the end of the day.  I was late finding his studio, but he was gracious and welcoming.  He teaches art an does paper sculpture as well as pulling sheets of paper.  We had a delightful time chatting about paper making, bookbinding, and other paper-related activities.  We also spent time looking through his flat files while I selected some papers to purchase.  I will return when we are back in Rome at the end of the cruise to pick up my papers.  He has many that are mixed fibers, but cotton, abaca, and flax predominate.

Tuesday was our day for the Vatican.  Amanda and I spent quite a few hours admiring the works in the Vatican Museum, especially the Raphael rooms and the Sistine Chapel.  As has been said many times, by people more eloquent than I, the art is breathtaking.  It was a joy to share this with Amanda who has often told me she doesn’t like “art museums”, but who was as much taken by the art on these walls as I was.  I did not realize prior to this visit that the famous panel of God and Adam touching fingers is just one small portion of the entire ceiling.  From the museums we went to St. Peter’s Basilica, which I learned is the second largest church in the world.  It, too, is awe-inspiring.  Michelangelo’s Pieta is indeed beautiful, but I was more impressed by the sheer grandeur of the building itself and its dome.  Leaving Amanda on the ground, I did head up into the dome and then to the small cupola on top: all 320 steps beyond the elevator!  The panorama of Rome was well worth the physical effort!  Unfortunately I have no pictures of my own for this day since my camera battery died on my first attempt to use it and I had left the spare battery back at the B&B… 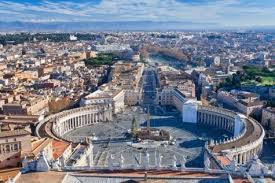 On another recommendation from our B&B hosts, Amanda and I ate dinner at a small restaurant that has been in business for 97 years.  She had pizza and I had spaghetti.  My pasta was a house specialty: a small amount of alcohol is lighted inside a large wheel of Parmesan cheese; once the cheese has melted a bit, the hot spaghetti with sauce is tossed inside the wheel of cheese; when served, the sauce is very cheesy. Delicious! 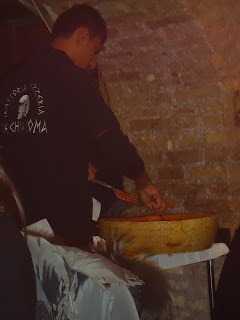 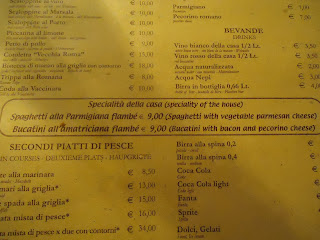 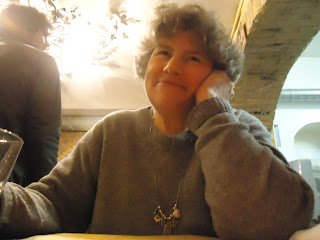 Above I am simply being satisfied after eating the same meal on our last night in Rome, following the cruise.

Wednesday did not quite go according to plan.  We had talked about attending the Pope’s audience as Amanda had expressed interest in seeing the Pope, but decided it would require too early a start to our day (since we needed to have suitcases packed prior to leaving the B&B).  So instead the idea was to do a small bit of shopping for Amanda to purchase a replacement purse and a few contents items.  Even though I know it is not possible for Amanda to be quick about shopping, I was hopeful, as usual, that this time would be different.  I definitely needed the serenity prayer as I coped with time getting later and later.  We got on the train to the port at Civitavecchia (an hour-plus trip) later than I had wanted to be boarding the ship.  But you know what?  We made it onto the ship just fine and with plenty of time to spare!  And Amanda is proud owner of a designer handbag that is very much her style. 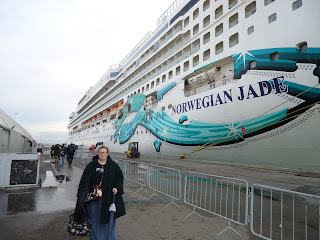 Today, Thursday, we have been at sea.  I have seen the small island of Stromboli (shrouded in clouds), which contains one of Italy's 3 active volcanoes. 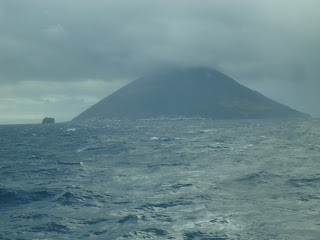 And the much larger island of Sicily, now with the sun gracing us. 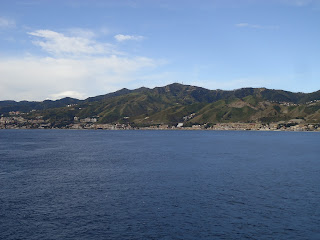 The day has been windy with some rough seas.  Sometimes it is a little difficult to walk without appearing to be drunk.  I attending two informative and entertaining lectures: “Thirty thousand years of art history” and “Greek Gods and myths”, did quite a bit of walking, and have eaten well.  Tomorrow we tour ancient Olympia. 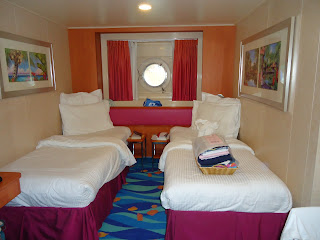